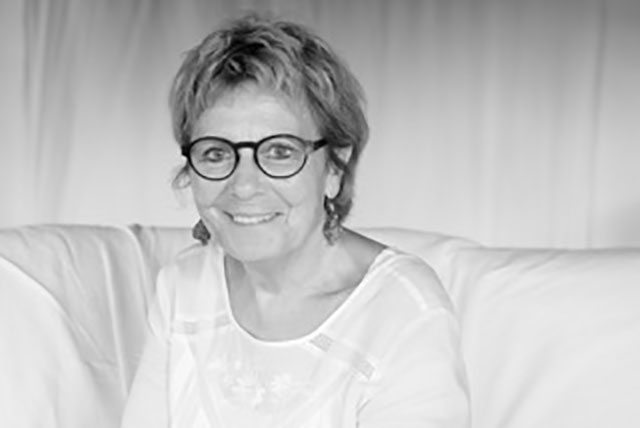 After her degree in History of Art and a goldsmith and jewellery apprenticeship in Pisa and Valenza Po, she opens her own laboratory where designs and realizes unique jewelry with gold, silver, brass and precious stones.

She patents a pair of modular gold earrings made up of two fixed components and eight removable elements – which can be made up in numberless and different shapes.

Through her research she starts to use other materials creating fabric jewelry collection, sometimes inspired by traditional techniques of goldwork.

This fabric jewelry collection were worn in a Guggenheim Foundation event in Venice Film Festival and later displayed in the Museum bookshop.

She moreover devotes herself to sculpture and theater.

She takes part in the exhibition  Identity and Diversity, Hat and Creativity,  in Florence at Medici Riccardi Palace. She creates  four hats-mask in felt. These and others her theater costume hats, were exhibited at M’ARS Contemporary Art Museum of Moscow.

She realizes in Pisa, in Santa Maria della Spina, an old Church on the Arno river, an installation named Like two drops of water. This work (iron, wood, fabric, felt, string and acrilic color) represents two large circular figures, as if reflected in a mirror. Two female figures: one has a big earring, large with 2 metre of diameter, the other one with a burqa, weaved with long heavy drapes. Different just as two drops of water, like W. Szymborska poetess wrote. Both showing the beauty and heaviness of their different cultures.

She participates in the exhibition The Artist, the Master and Margarita at Palagio di Parte Guelfa in Florence, creating an installation of five elements in pure white color named The moon in the garden (iron, wood, fabric, stringand acrylic colour).

Among her last works, The fragility of goodness, (copper, wood and light) is a site-specific work exhibited during the Scientists for Peace, Ethics and Planetary Conscience Conference (Città della Pieve, Perugia).

She designes and produces the scenes, scene objects, hats and costume for productions of W. Shakespeare, S. Prokof’ev and some contemporary authors at the Verdi Theatre of Pisa and at Teatro Due of Parma.

She has edited for nine years the image of Before the theatre: European School of the Art of Acting, with sculptures, annual posters, and a site-specific work named The Tree created for the 20th anniversary of the school.

During the first edition of Milano Jewelry Week 2019, her jewels are selected and exhibited at Galleria Rossini until 20 November.

Teresa was born in San Candido, (Bolzano), and lives in Tirrenia, where she has her workshop.

She loves snow, she is married and has one son.

Instructions for using this website. A scenography for Infinite psyche

Teresa Rosalini is an artist who creates sculptures, paintings, hats, who works with metals, fabric, plastics, wood and colours. She is also a goldsmith and a theatrical set designer: you could lose yourself in this maze of inventions, colours and mixture of materials.

Perhaps it is more than a risk, it is the advice to whoever visits this website: let go, observe, close your eyes and look again.

You need to choose a point of view. I looked through the net of her “Burqa” to observe what she sees. – Ask me what I think of the Burqa! – Said Tiziano Terzani, during the meetings which he held all over Italy to present his book “Letters against the war”. Whenever he was asked he would talk about the protection it offers women. It’s too easy to say that this is one of his provocations, he was showing the other side of the coin. Actually he was showing the prospective from the inside, the one that is hidden behind the mask. I do not mean a Carnival mask or at least not only that: I mean a fencing mask (Teresa knows it well), with the visor through which you can see without being seen which protects you.

Through the lattice of her brightly coloured, black or white Burqa Teresa watches the world and translates into her language, a language without traditional limitations: it not only sees and hears, but rustles and jingles, it feels the wind on the skin, it joins and separates in arabesques. Teresa’s emotions colour the fabric that can be heard, through the strength of silence.

The word arabesque reminds us of those elegant doodles which are really a language, a culture, Arabian cities and deserts: and Teresa’s ones, the Teresesques, are the sign of a world that is her psyche and how she gives back what she has seen, touched and enjoyed.

I’m not sure that Teresa is from Earth, I have never asked her directly because she is a private person and anyway certain secrets must be respected: I believe she is a “Citluvit”, like Fosco Maraini who openly confessed this to me: a citizen of the moon on a teaching visit to the Earth.

I believe that her “Teresesques” are messages for us, they attempt to teach us to view sublte realities. There are things that can be seen and others that cannot. The Balinese have a particular sensitivity for these things and can perceive both: “sekala niskala”, and they reveal them to us in their magical creature-filled paintings, in their gamelan music and the legong dance.

Teresa creates messages with metal wire that can be two metres high but seem like sighs or swirls of smoke of an aesthetic smoker. She reveals the stars and the galaxies with coloured fabric. She wishes us goodnight in an unknown language which prepares us for sleep in order to visit her dreams. She does not speak but with a kind gesture she invites you into her psyche.

And when you come to the end of your journey you will have learnt tens of mysterious words, the Teresesques.

You will need them.